2017 REFLECTIONS: The Successes and Failures of the Year

Happy New Year, Friends! This is the time of year that I like to reflect back on the year gone by and start to think about the things I want to achieve in the new year. We don't need to wait for a new year, a new week or a new day to start going after our goals, but since the New Year is quickly approaching, there is no time like now to start making plans.

I was almost afraid to look at my new year resolution post from 2017 because going by memory alone, I could only think of one thing that I followed through with for the whole year. Like most of the rest of the human race, I stopped thinking about my goals in terms of resolutions by February.

In retrospect, my first mistake was simply having too many goals at once. At best, I should have broken these down by month and focused on certain goals during specific times of the year. Note to self as I write my 2018 goals.

Before I write my goals for 2018 I like to spend a little time looking at what went right and what went wrong from my previous year's goals so I can learn from my successes and mistakes.

Thanks for indulging me. 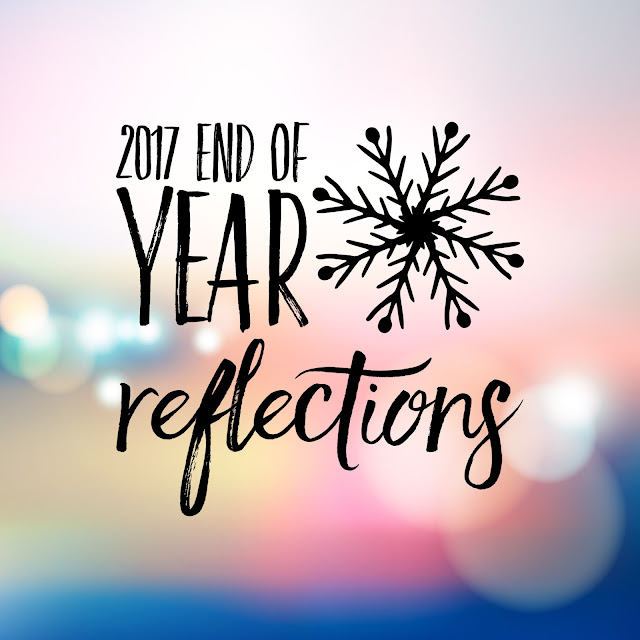 This is the first thing I will put on my new goals list for 2018. I did increase my income but the truth is it was only higher than usual because of a paid ambassadorship in 2017 (which the contract has now ended). I didn't take a lot of action to pursue additional income and accepted just what came my way. The lesson l learned is to be more specific with my goals and more proactive with my actions to achieve them.

Yes, I lost the five pounds but I was consistently inconsistent with training. I went through periods of regular training followed by periods of rest, but in all honesty, it is just the way I work best. For the new year I will consider this when writing my new goals. A cycle of strength-focused workouts, followed by a cycle of running-focused workouts and a rest cycle will probably be a realistic plan that works with my lifestyle.

I didn't run any half marathons in 2017! I had a shoulder injury which prevented me from running long distances. It isn't completed healed, but it doesn't cause me pain when I run anymore. I have at least three half marathons planned for 2018. I shouldn't have planned goals of losing fat, strength training and running a PR all in the same time frame. Too many conflicting goals at once makes it hard to achieve any of them.

Vague much? Despite not having a specific number in mind, we did pretty well here. Sure, we spent money too (remodeling, central heat and air and hubby bought a car), but we really socked a lot away in savings this year. I will work to continue the savings streak into 2018, despite going part-time at my job and living on less regular income.

I write three blog posts a week on Lea Genders Fitness but have been less consistent here on this blog. I wrote as many posts in December 2017 as I did in January 2017 but much less the rest of the year. I'd like to commit to two blog posts a week on Running with Ollie for 2018, which for the record is more than I did on average in 2017, so I will take that into consideration when writing my new goal.

Yay! I achieved this goal. Check out my nutrition coaching services. Learning is going to be a big part of my 2018 goals. I have some ideas about areas of focus for different time blocks of the year.

Not even close. We did this consistently for a few weeks in the summer. I don't know what happened. It became less of a priority.

This has become so much of a part of my lifestyle it isn't a goal anymore, it's just something I do. I rarely miss getting 10K steps a day. I may have missed a day or two (like when I got LASIK eye surgery and couldn't see) but if I miss it is always for a valid reason, like I'm sick or injured. I can take this one off my goals for 2018 because it's something I do every day anyway. Besides, Ollie has gotten quite spoiled, if he doesn't get his two walks a day, he gets very upset. I am brainstorming ways I can improve upon or advance this for the new year.

Oh my gosh, we did it (Well, in five more days I can say we did it.) Honestly, it wasn't that hard. It felt challenging the first three weekends in January and it was smooth sailing for the rest of the year.

I didn't lose all my friends.
I wasn't bored and miserable.
I didn't turn into a fun-hater.
No one cared.

All the things I thought were going to be hard, weren't even an issue.

After three or four months I stopped even thinking of it at all. When someone offered me a drink I never explained it, I just simply said, "No, Thank you" and that was the end of it. I will have a drink again in 2018 but we're in no hurry. I'm sure in a few weeks (or months) when it comes up naturally in a social situation I'll have my first drink in 2018.

I don't always like to think of goals in terms of things I have to give up, but given the success of this goal, I'd like to challenge myself in a new way for 2018.

One thing that I did not include in my official resolution post but something hubby and I did together in 2017 is that we chose not to eat out at restaurants except for required work or special social occasions. This meant that we never went out to eat because we didn't feel like cooking or for no reason on a Tuesday or Saturday night. It went so well, I think we will continue this into 2018. I didn't miss it at all, we ate all kinds of delicious foods at home, we saved so much money, and so many empty calories. We made a few exceptions when it made sense, but I call this resolution a success because it changed our lifestyle for the better.

I learned that the goals I was most successful with were the ones that hubby and I worked on together. It just proves that having support helps us achieve our goals. When I work on new goals that don't include hubby, I know I have to make it a priority to find support from people on a similar path with similar goals.

In the end, I'd say I achieved five out of my 10 goals for 2017. This just teaches me that I spread myself too thin. 10 goals is too many for one time. I'll remember this when writing my 2018 goals and focus on the priorities for the year.

Good and bad, successes and failures, I can learn a lot from the year gone by. I'm in a better position now to write meaningful, realistic goals for 2018. Stay tuned...

The future's so bright, we gotta wear shades... 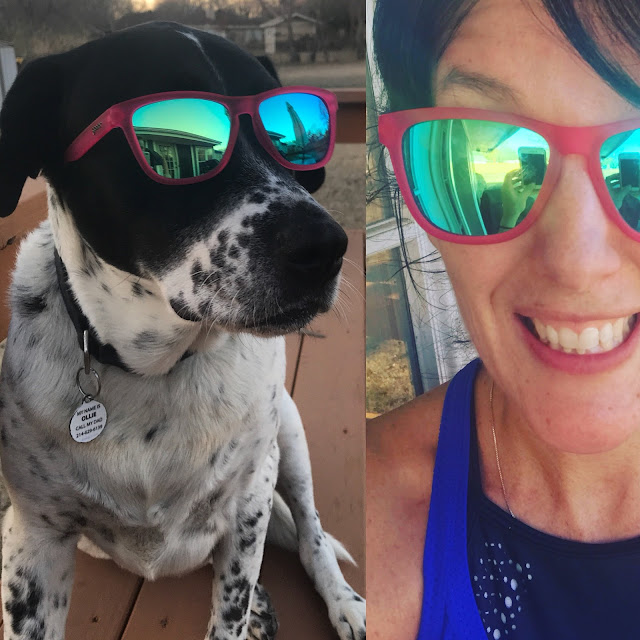 
Lea
Does your running partner have four legs?