So I decided that it didn't really matter if I followed the schedule exactly, I'm two weeks late for our coffee date, sorry about that, but better late than never, right? The blog police aren't going to issue a citation for a late post. So here we go... 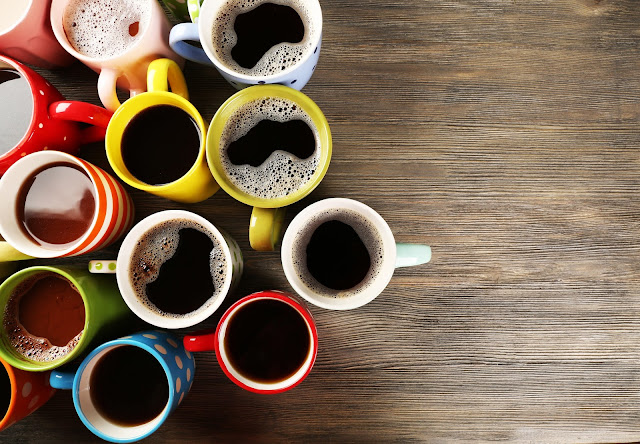 I am having LASIK eye surgery on Thursday to correct my vision. I am excited and a little nervous. I've been wearing my eye glasses since September 30th in preparation for the surgery since apparently contacts can change the shape of your cornea. I have not worn my glasses this many days in a row since I started wearing glasses back when I was a teenager.

They told me that I would probably have to start wearing reading glasses to see up close after my surgery and gave me an option to have one eye corrected for distance and one eye for close-up to avoid this problem. They gave me these fancy glasses to wear to see what it would feel like with the two different prescriptions. It was awful. Even though I have been known to just wear one contact, it felt too weird and I decided to get both eyes adjusted for distance and buy reading glasses if I needed them. I am slowly turning into a real old lady.

I am not allowed to drink caffeine the day before or the day of my surgery, so I guess it's as a good time as any to kick off my caffeine reset, when once a quarter I go completely off caffeine for a week to reset my tolerance to caffeine. Wish me luck. I'll need it. 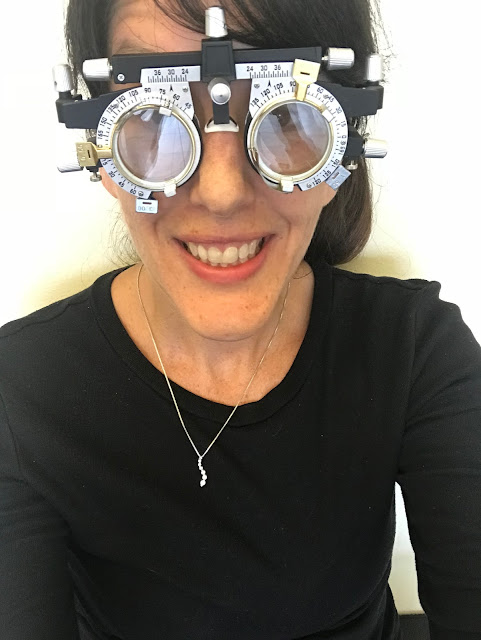 Russ and I are running the Dark Side Half Marathon at Disney in Florida for our 20 year first-date anniversary. We went on our first date on April 25 1998 and the race is April 22nd 2018. I can't decide what is more amazing, that we have been together for 20 years or he agreed to run another half marathon with me. We ran Pittsburgh together a few years ago and he said it was his 'one and done'. I guess I better start training for long distances again, it's been awhile since I ran a half. And of course, I want to dress up like my name-sake, the princess, so I need to come up with a costume. Russ said I should be slave Leia and he should be Jabba the Hutt.

Now that would be an interesting costume for running 13 miles. Any ideas? 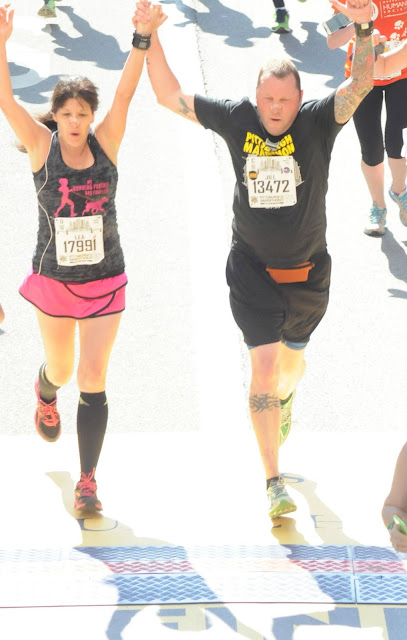 I have big news! I have decided to go part-time at my corporate marketing director job in order to make more time to pursue my personal goals. I realized that I value time and freedom and that I've been sticking around for the paycheck for way too long. Don't get me wrong, it is a really good job, it just doesn't really align with my values anymore. My company is pretty amazing for letting me step down to part-time to pursue my passions.

Russ and I live pretty lean, we have a small house, are debt-free and have savings, so it is not a financial risk at all to cut my paycheck in half. The time has come to stop dreaming and start living. I am still working full time while they hire someone to take on some of my responsibilities. Although I wish I would start it next week, realistically it will be closer to the end of the year. I am being as flexible as possible because I am grateful that my company is allowing me to do this at all. So until the end of the year I'll be saving as much money as possible (or maybe spending as much as possible, while I still have disposable income hah). I also need to look into health insurance since Russ is also self-employed and I was lose my insurance when I go part-time.

Now that I will have a little more time I will be accepting new online nutrition habits clients and in-person training clients in Fort Worth. 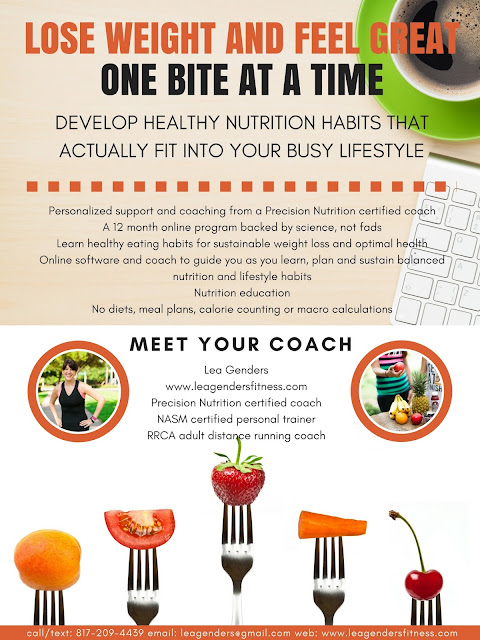 You may have noticed that things have been a little quieter over here on the Running with Ollie blog. It's because I have been focusing my attention on my Lea Genders Fitness Strength & Running blog where I share running, strength training and nutrition tips in three blog posts a week. Who knows, now that I am going part-time, I may have a little more time to manage two blogs. I'd like to invite you to subscribe to my strength & running blog in the form below where I am much more active. Will you join me?


If we were having coffee I'd tell you...

I'd tell you about our 2017 New Year resolutions and how they are going. Russ and I made three new year resolutions in January. Two of them are going exceptionally well, and one was an abject failure. I didn't really talk much about them when we made them, because honestly, I wasn't sure we would be able to stick to them.

1. No eating out at all. We make all our meals at home and it's surprising how easy it is and how much we don't miss eating out at all. We don't spend hours deciding where we are going to eat anymore, we just make something and eat it. It's not to say we never eat unhealthy, it's just if we want pizza, burgers or sushi, we buy it at the grocery store. The only exceptions have been if we are traveling or if we have some social or business obligation where it would be weird or awkward to not eat the meal served. Eating meals at home all the time has been easy and enjoyable. I don't even really miss eating out and when our year is up, I am sure we won't eat out much at all anymore, except for special occasions.

2. No alcohol. Say What? Yes. It is has been 9 1/2 months since we had any alcohol. I don't even know why we decided to do this, for health, I guess. We were weekend drinkers and decided to go a whole year without drinking. We are not in recovery or anything like that, we just wanted to take it easy. Honestly, it was hard the first three weekends in January and easy from there on out. Now we don't even think about it or care anymore. I think it sounds harder than it is. I even went to Vegas this year and didn't have a drink. I didn't really tell people we weren't drinking, I would just say no, thank you when someone would offer and that was the end of it. Easy peasy. I will definitely drink wine again in 2018, but I think our consumption will be a lot less going forward. We're in no hurry and it won't be on January 1st at 12 midnight. Ha ha. In case you were assuming that we were probably rich now considering we spend no money on eating out or alcohol, you'd be wrong. See #3

3. No spending money. Now, I should have known that cutting out eating out, alcohol and spending money all at the same time was not going to work. We paid off our car and I did save a lot of money this year, which was the goal of trying not to spend unnecessary money, but we probably spent more money this year than most years. This resolution was a failure. All the money we saved by not eating out and not drinking alcohol was promptly spent. Earlier in the year we closed-in our garage. Russ has been using it as a studio for his band/drums for years and it just made sense to remove the garage door and brick it in since we weren't parking cars in there anyway.

We replaced our inside and outside home air conditioning units which was expensive. Then Russ bought an old '69 VW bug and is currently restoring it. That $hit ain't cheap. I am sure I spent a lot of money too. I just bought a new camera lense in an attempt to improve my blog photos, I bought some online courses and oh yeah, Disney races aren't exactly inexpensive. I bought a couple of vault packages from Jack White and so much more that I am not remembering....Maybe we can try this one again next year. Ha Ha.

If we were having coffee I'd ask you...

Enough about me. What's going on with you?


Ways to (legally) stalk me: