Hi, Friends! Welcome to another edition of Furry Furry Feature! Each month I am thrilled to introduce you to the cutest four-legged runners on the internet and their favorite humans.

This month I am featuring Margarita from Cupcake Cardio and Rico! I met Margarita last year at the San Antonio Rock 'n' Roll half marathon. We are both on the rock 'n' blog team for the rock 'n' roll marathon series and were in town for the big race. If I recall correctly she had a great race that day and I had the opposite, but a great time was had by all. I love when I get to meet my internet friends in real life (IRL as the kids say). Now if only Ollie and Rico could play together too!

Hi, Margarita! Thanks for joining us. Tell me a little bit about your favorite running partner.

Rico is an eight-year old lab mix. At least that's what it says on his vet papers. Everyone asks but we have no idea. He looks like a dingo.


Where is your favorite place to run with your pooch?

I love rail trails but haven't been to any since moving to Baltimore. The Greenway in Clarksville, Tennessee was a favorite. Right now we're running in our neighborhood and in Patterson Park. We end up at the dog park so it's a favorite. 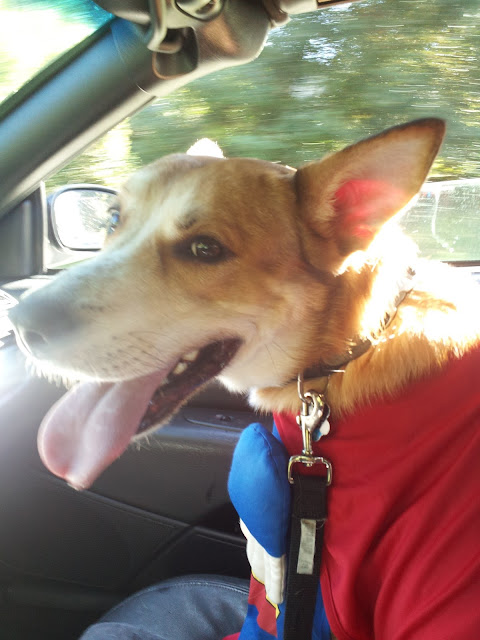 Twice. He quit after Mile 3 of a four-miler once. I had to stop and wait about 10 minutes for him to finish as he laid in the grass to the amusement of all the other runners.

The other race we did was a 5K full of other dogs (proceeds went to a local shelter). That's about his max so he was OK with that. It also helped that he could follow all the other dogs. 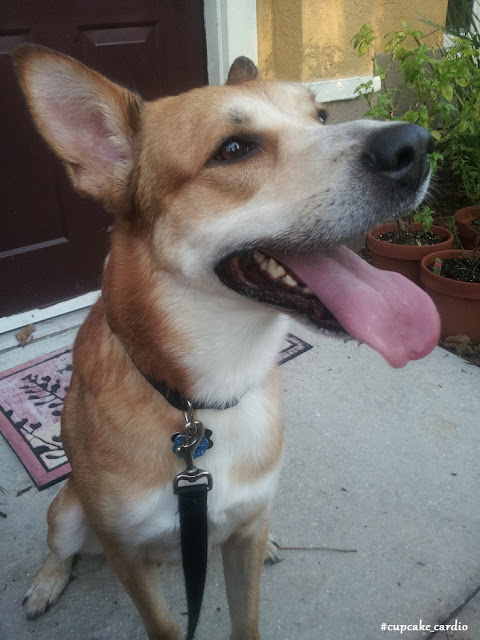 Tell us about a running moment that made you proud!

Crossing the finish line of my first (and only so far) marathon. NYC 2015.


What running (or life) lesson can we learn from our dogs?

I love that dogs run for the sheer joy of it. It doesn't have to be about chasing goals or squirrels. Sometimes it's just great to run.

Tell us a funny story about Rico.

Rico gets severe anxiety and is pretty much scared of all the things. Planes, helicopters, loud cars, boxes, rain, thunder, clapping, balloons. Anything that isn't silent is pretty much terrifying. Because of this he ends up (all 65 pounds of him) in pretty strange places. I've found him on top of the washing machine, in the linen closet (on a shelf) and in a kitchen cabinet. Under the bed and in the tub are favorite hiding spots. 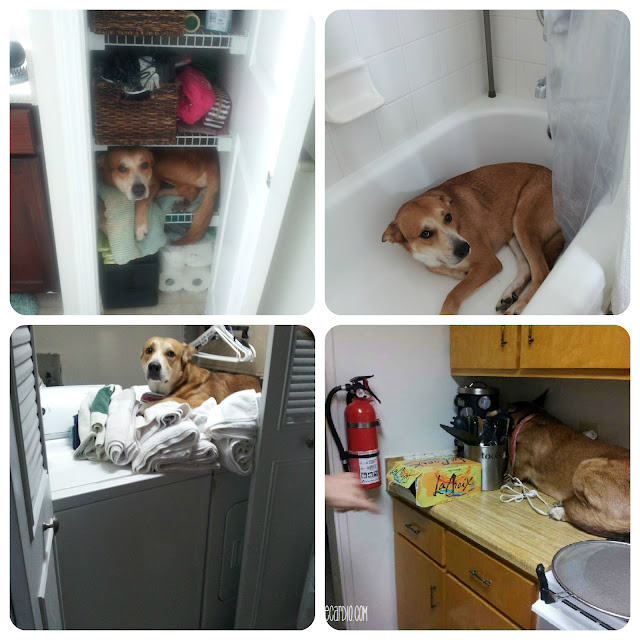 Have you missed any? You can get caught up on Furry Features here.

Are you a runner who would like to be featured with your favorite furry four-legged running partner? Just fill out this form to be considered for a future furry Friday feature. (Bonus points if you can say that five times fast.)