I woke up at 5:45am on Sunday morning for the Dallas Rock 'n' Roll half marathon. It was the coldest day that Dallas had seen in 2016, but I put on my running shorts and prepared for the race.

I had VIP access thanks to my association with Rock 'n' Blog. One of the benefits of my VIP pass was free garage parking downtown Dallas, but they also had a toasty warm room in a nearby hotel with coffee and a light breakfast. It was really close to the start line, so I hung out in the warm room stuffing my face with bagels until I heard the first corral kicking off.

I ended up catching up from the back and never quite made it up to my correct corral, but I wasn't concerned. I knew once I crossed the start line, it wouldn't really matter.

I always get nervous before a race. It doesn't matter how many I run. Running 13 miles is hard, y'all. (I don't know why I said y'all. I live in Texas but I'm from Pennsylvania.)

I finally inched up to the start line and my shivering legs were off in the cold weather. The first couple of miles I had a really negative mindset, but I was warmed up (physically and mentally) by mile two. I started off intentionally very slow with hopes of conserving energy for the end of the race. Running a race is a physical challenge but it was my mind that was racing that morning in Dallas. 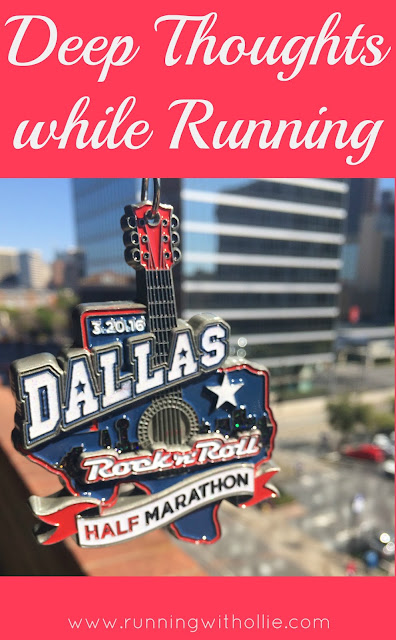 If I run a half marathon without my FitBit does it even count?

Just as I was about to walk out the door, I remembered...MY FITBIT!?! It was on the charger since the night before and I was relieved that I didn't walk out the door without it. But then I was instantly crushed when I realized that for some unknown reason it was still not charged. I was off to run a half marathon without my FitBit and I was sort of devastated.

I had my TomTom for GPS tracking, but what about my Weekend Warrior challenge? What about my weekly steps? I would lose a good 30K steps that day (and in my weekly overall steps).

Get over it, I told myself. People have real problems. This is not a big deal. (But secretly it is a big giant deal. Wah.) I realized at this point that I don't own my FitBit, my FitBit owns me.


After a disappointing performance in San Antonio (knee pain, hip pain, too much walking), I was determined to have a decent race and get my confidence back. There is this little voice in the back of my head that says "You are older now, your PR days are behind you." "You'll never be as fast as you were a few years ago." "Just face it, it's all downhill from here."

I know better. These are negative and limiting thoughts that do not serve me. Of course if I train properly I can do anything I want. The truth is my performance has suffered, but it is mainly because my half marathon training (specifically my long runs) hasn't been on point, but not because of my age. That's just an excuse.

Spoiler alert: while not a PR, I ended up running my fastest half marathon in a year. Take that negative thoughts!

Do I need to Join the (Running) Club?

I did exactly three long runs leading up to this race. I ran 7.5, then 8, then 10. I skipped my long run the weekend before the race. I did a lot of maintenance runs, treadmill intervals and plenty of strength training. Maybe it's time to join (or start!) a running club. If I know that long run training is my weak link, I should work to fix it.


Who Knew Dallas Was So Hilly?


Seriously. Where did all these hills come from? Did they have the hills specially installed for the race? And the wind? And the cold? This was nothing like the Dallas in March I was used to. I am not complaining (OK, maybe a little) adversity only makes us stronger. Right?

Can a High Five From a Gorilla Make You Run Faster?


At mile ten I high-fived the Team Beef gorilla after climbing a pretty steep hill and then ran those final three miles fastest of the race. Coincidence? I think not.


When I rounded that final corner and crossed the finish line to collect my medal I felt surprisingly great. Those last few miles flew by. Despite the wind and cold I managed to run my strongest half marathon in 12 months. This race gave me the confidence that maybe a new PR could be in my future with a lot of hard work and dedicated training. Next up? San Diego Rock 'n' Roll half in June. 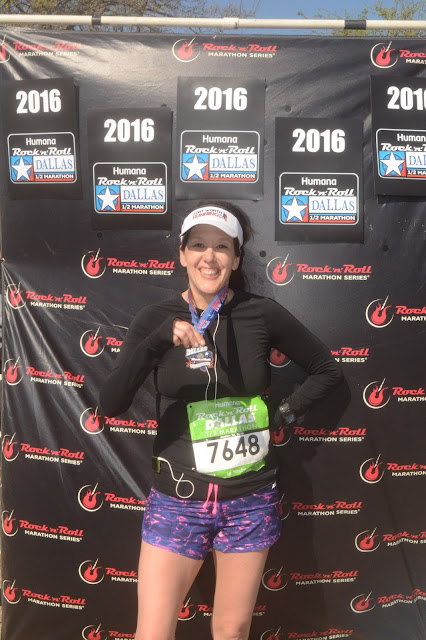 Are you planning on running a Rock 'n' Roll marathon race in 2016? Check out this post for a discount code to save $15 off the half marathon or marathon distance.


Did you see my Dallas Expo recap? Runners are Friends we Haven't Met Yet.


Do you have deep thoughts while running? Please share! 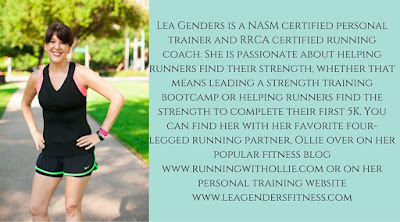