My dog probably gets more email than your dog

It's a typical day in Ollie-land. Ollie probably gets more email than your dog. 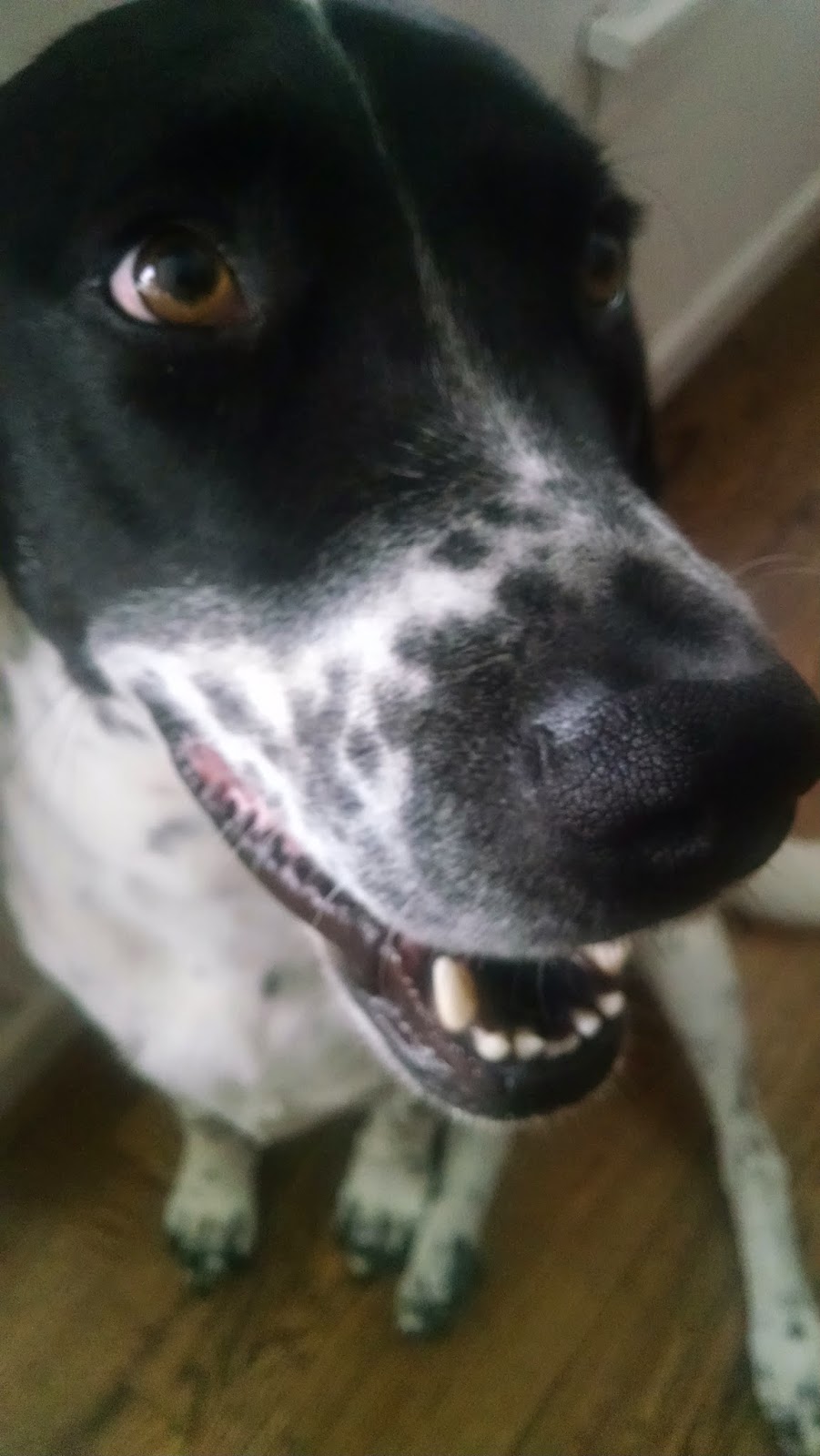 After some consideration, I think this should be my new standard response to all the "Dear Ollie" emails that I receive. It's not that I mind people emailing Ollie, it is just that I wish they knew Ollie was a dog.


Ollie will be unable to fulfill your request to become an ambassador, review your product, post your info-graphic, or share your Kickstarter campaign. He is generally uninterested in learning about blog topics that you think his readers will enjoy and doesn't have the power (or desire) to accept a guest post or advertising on the blog. You see, Ollie is a dog.

He's pretty smart, but he's not that smart. The day I teach him to type and respond to these emails is the day I retire and go on a permanent vacation. My blogging services will no longer be needed. I've heard of dog with a blog, but this is not it.

I would never actually send an email like that, but last week I came close. Maybe after 100s of Dear Ollie emails, I finally snapped.

I don't usually rant on this blog. Honestly, I am not a ranting kind of person (I usually keep things bottled up inside until they explode, like a normal person) but I have something to say.

I received a Twitter direct message that said something to this effect (I already deleted it):

"Dear Ollie - We'd love your support in sharing our Kickstarter campaign on your blog for our awesome new amazing fitness product. Thanks so much."

I must have been in a bad mood that day, because under normal circumstances, I would have simply deleted and blocked. But something just rubbed me the wrong way.

"I mean this in the nicest way possible (I didn't really mean it nicely, just trying to soften my out-of-character snarky response). Before you ask someone to do you a favor that benefits you 100% and benefits them 0%, you should make sure you get their name right first. :)"

You like the :)? Because that makes it nicer, right?

I should not have been at all surprised that the requester responded with his own snarky response.

"You have to admit your Twitter name is misleading and I disagree with your second statement, Most bloggers are interested in great new fitness content. I don't think this relationship is going to work out. Thanks anyway."

Way to reject me after I reject you.

Yeah, I had more to say, but I didn't feel like getting into a social media argument, so I did what I should have done in the first place. Delete. Block. Don't you worry, mister. I'll be blogging about this.

Yeah, he's not wrong. My Twitter name is misleading. Running with Ollie. If you only read my Twitter name and don't bother to click through to my blog or even read my Twitter profile, then I can see how it would be confusing. But the thing is that you are asking me to support you, but you can't even support me enough in return to learn my name. 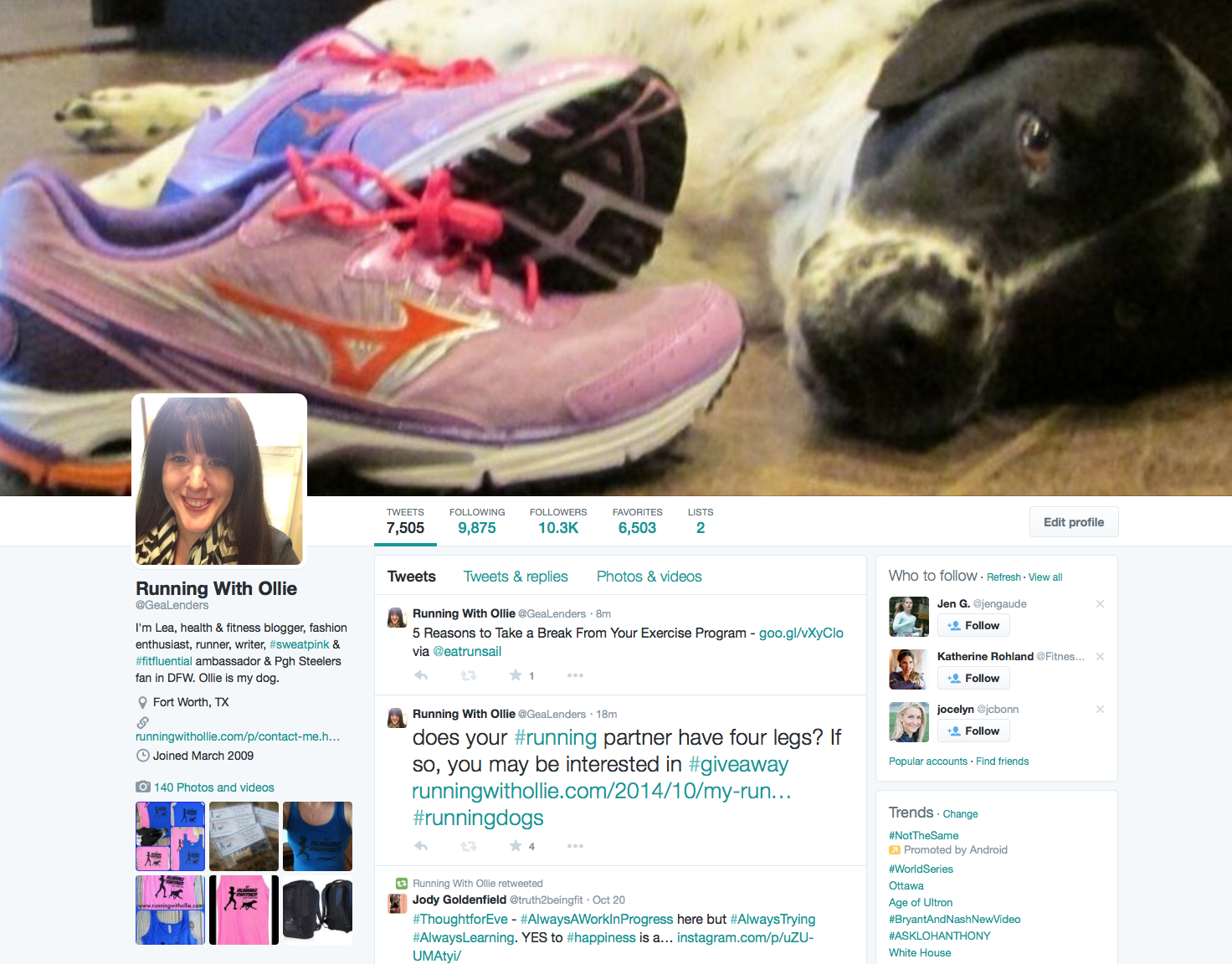 If he had taken the time to actually click through to my blog before he asked me use my influence and reach to promote his product he would have found that my ABOUT ME page is called ABOUT LEA, I have a video on my side bar called MEET LEA and I sign every single blog post that I write with my name.

So if he would have read my Twitter profile first or clicked through to my blog, it would not have been difficult to figure out my name.

But then again, I get it. He doesn't care about me, and that's really OK, I don't care about him either! He doesn't even know me. He doesn't "love my blog." He was simply looking at my social media numbers and blindly sending requests to me and 100s or 1000s like me in hopes that a few will respond positively. The request had nothing to do with me at all.

But the one-sided request is annoying enough, calling me the wrong name is like rubbing my nose in it. (Ollie only gets his nose rubbed in it when he is bad.)

It reminds me of a story from my dad. He goes by his middle name. He told me once that he loved when he would get calls from people addressing him by his first name, because he would instantly know that the person on the other end of the line didn't really know him. It was an easy way to weed out the sales calls. He knew without fail that anyone that addressed him by his first name did not know him, that they were reading a name off of a paper. Period. And that is how I feel about "Dear Ollie" emails.

Thanks for helping me weed out the PR pitches from people who have no idea what I am all about.

And every once in a while I get a "Dear Hollie" email. Hollie must be Ollie's long lost sister.

Does your dog ever get emails? Thanks for letting me get out a rare rant. Writing about things keeps me sane.

If you really want to send Ollie an email, I'd be happy to read it to him, I can't promise he will respond.

Does your running partner have four legs? Then check this out!