Are You a Real Runner? 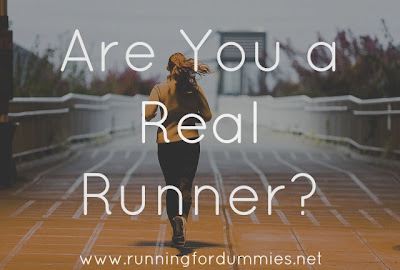 
My favorite Running Quote: "If you run, you are a runner. It doesn't matter how fast or how far. It doesn't matter if today is your first day or if you've been running for twenty years. There is no test to pass, no license to earn, no membership card to get. You just run." John Bingham.


For some people, I think it is an issue of self-identity more than anything. Although they don't identify themselves as runners, they do, in fact, run. If you run, you are a runner.

I can relate, when I joined CrossFit last year, they referred to the members as athletes. Although I work out and run on a regular basis, I never really considered myself an athlete. An athlete seems like someone who is competing in the Olympics or at least is good in sports. I always have been terrible at organized sports. It sounds weird to my ears for someone to refer to me as an athlete and it definitely seemed strange to call myself one. Maybe I'm afraid to call myself an athlete because I'm afraid someone will tell me that I'm really not. It is the same thing.

If you participate in athletics then you are an athlete, whether or not you self-identify with it or not. 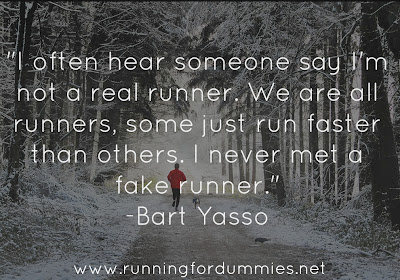 You can call yourself a runner or not, it's totally up to you. Maybe you don't want to be called a runner and that's OK, but don't you dare let self-doubt, or worse yet, someone else tell you that you are not a runner because:

I call bull on all of the above.

How about you? Are you a real runner?  (Hint: if you run, the answer is yes.)