Hi, friends! It's the first furry feature of 2018 and I didn't have any furry-faced four-legged runners to feature! I put out a couple of requests on social media but I didn't receive responses in time, so this month my Furry Feature is Ollie! All these years of furry features and I never featured my own favorite running partner, Ollie. 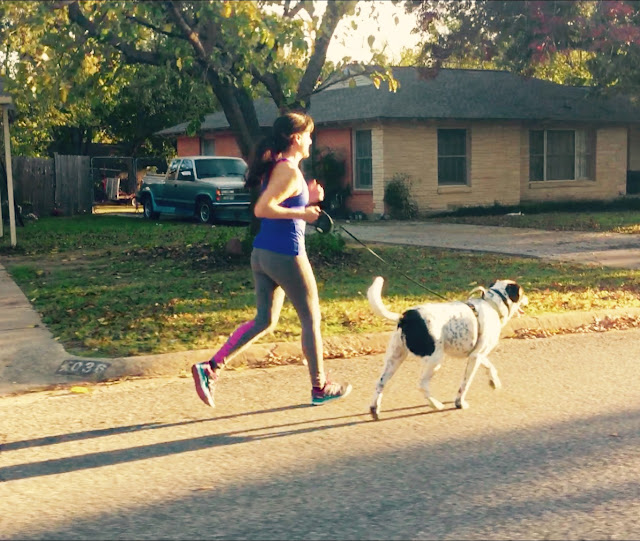 Tell us a little bit about your favorite running partner?

Ollie is a seven-year-old English Pointer mix (we think). We adopted Ollie in 2013 from a friend of my husbands who was moving out of the country. He begged us to take him so he wouldn't have to go to the pound. We were reluctant because we had recently lost two dogs in quick succession and were still a little heart broken. We soon found he would steal and help heal our hearts.

Where is your favorite place to run with your pooch?

Ollie is a street dog. He does best on a leash away from other dogs. We live outside of a big city (Dallas/Fort Worth) but our neighborhood is ripe with farm animals, like horses, chickens and donkeys (not to mention squirrels, rabbits and um, cats). Ollie has plenty of non-traditional friends behind fences.

I took him to a Turkey Trot one year and he dragged me off my feet and through the mud in pursuit of his frenemy, a Great Dane, before the race even started. I took him home because I was muddied, scuffed up and a little worse for wear. We learned a valuable lesson that day, Ollie is an A-hole. Hah. These days we stick to virtual races.

Tell us about a running moment that made you proud.

Dude, I'm proud every day that I run. It's not always easy but it is always worth it. Running fundamentally changed who I am as a person, and I am better for it. Who would have thought that the young lady who was afraid to break a sweat would grow into a woman who regularly runs half marathons and coaches others to do the same? Certainly not me. 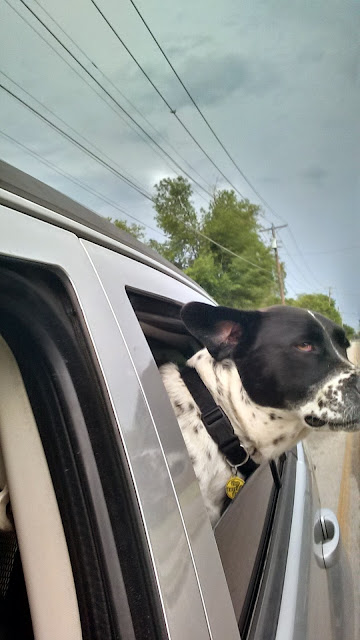 What running (or life) lesson can we learn from our dogs?

Ollie is sassy, so he would say don't take any $hit from anyone and do the things that make you happy. Not a bad way to live. 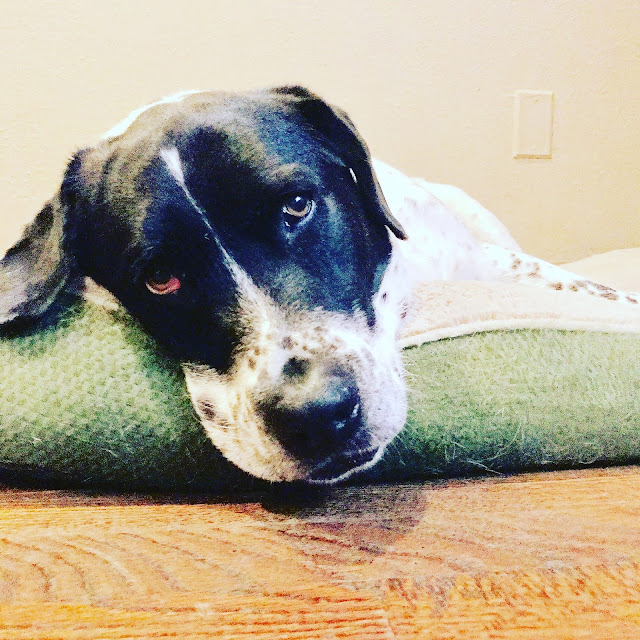 Do you want to tell us anything else about you or running with your dog?

Because this blog is called Running with Ollie, people often assume that my name is Ollie or Hollie. It's an honest mistake, but let's clear up any confusion. Hi, I'm Lea and my dog is named Ollie.

Um...yeah...well...I know this blog is called Running with Ollie and I love running and dogs (and love to feature people on this blog that do just that) but the truth is Ollie doesn't run with me much anymore. He grew much too strong and strong-willed. Besides, he is a little older now and just can't handle the mileage he could when we were (both) younger. We go on short runs from time to time but we always go on walks, twice a day, every day. Ollie loves getting out on the leash and in the neighborhood. He has the same motto as the post office. "Neither snow nor rain nor heat nor gloom of night..."

Do you want to be featured on this blog with your dog? Fill out this form to be considered. For now, this is a monthly post (12 times a year) but with enough new interest, I am considering expanding it to once a week (52 times a year) so there is plenty of opportunity to get in your feature submission. We'd love to hear from you!

Way to go Ollie, you nailed this one! 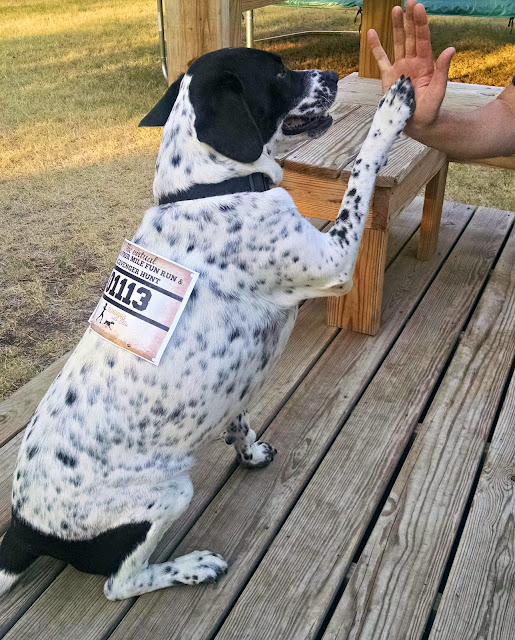