How I Rediscovered My Love of the Half Marathon

I thought it was quite possible that I broke up with the half marathon for good.

You see, I was in love with the half marathon. We were together for nearly 10 races. In the beginning it was new and fun. I was earning a new personal record (PR) with almost every race. I was growing in the relationship. I learned how to push myself in ways I never thought possible. I became a better person because of it.

In the beginning I was committed to training, but over time my commitment faded. As the years passed, I lost the joy in training for long distances. I lost patience for it. The things that were once new and exciting became annoying and tedious.

PR after PR just wasn't sustainable for me. I started putting too much pressure on myself to perform better than before. When I reached a point that I couldn't sustain the high expectations I put on the relationship I ended up feeling frustrated. I peaked at my last half marathon PR race and the relationship went down hill from there.

I never stopped running, I just stopped loving running for hours at a time. I needed a break from the half marathon and I took one. I wasn't sure if I would ever run a half marathon again.


I made a classic relationship mistake. I forgot to have fun.


After I successfully finished the Dallas half marathon (successful = didn't die), I felt ready to give this half marathon relationship another shot. When the opportunity arose to apply to be part of the Rock 'n' Blog team for the Rock 'n' Roll Marathon Series, I knew this was my chance to fall deeply in love with the half marathon all over again. This opportunity was a trifecta of my passions: Running, rock 'n' roll and blogging. When I was accepted on the Rock 'n' Blog team, I felt that same excitement as I did in the beginning of the relationship. I ran the Dallas Rock 'n' Roll half marathon as my first race in my new role and I learned a few things about having fun during a race. This is how I rediscovered my love of the half marathon. 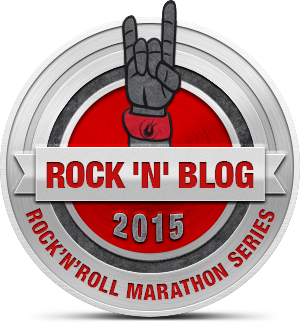 How I Rediscovered My Love of the Half Marathon

1. Find a Fun Race
What's could be more fun than combining running with rock 'n' roll? I loved the bands providing live entertainment along the course. Everything changed once I decided to make fun my number one priority for this race.
2. Everything is Better with Friends
When you run a half marathon with a friend it seems less like 13.1 miles and more like a two hour happy hour. When you chat through the miles, they fly by so quickly you may even forget you are running a half marathon (until your legs remind you). Running with my friend Heather from Shine Athletica helped me get out of my own head. Instead of asking myself how many miles I've run and how many left to go over and over again in my head, I was able to just enjoy the company of a good friend.

3. Unplug and Hug
I left my headphones at home. I wore my GPS watch, but the changed the settings so my pace did not show on the screen. This wasn't about running my fastest race, so there was no need to obsess about my current pace. Not knowing or caring went a long way for me in enjoying the race. Oh and hugs make everything better. 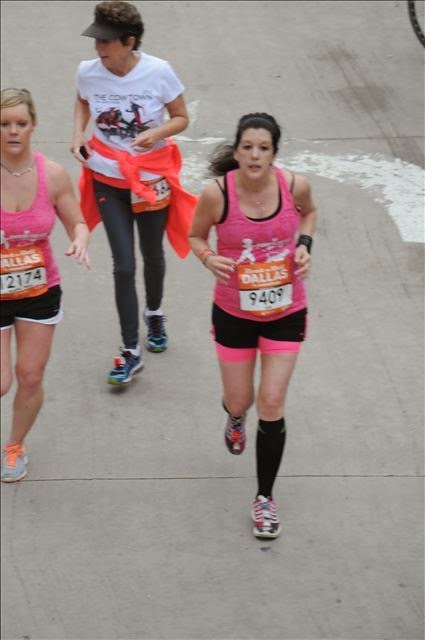 4. Stop and Smell the Roses (or Porta Potties)
Maybe I shouldn't compare roses and porta potties, but there was a time in my half marathon relationship that I wouldn't even stop for water because I didn't want to lose those precious minutes. On the Dallas rock 'n' roll course we stopped and stood in line to use the porta potties around mile five, because there is nothing fun about running with a full bladder. It may not help with a faster finishing time, but it certainly made the race more enjoyable.

5. Enjoy the Course
The think the best part of running a half marathon is that you get a foot tour of the city. It's great when I run in new cities, but it was also really fun to take a running tour of my own city. We ran through all of Dallas' best neighborhoods. I think the highlight for me was running across Margaret Hunt Hill bridge around the 10K mark. It was a place I had never been on foot before, the scenery was fantastic and made for a great photo opportunity!

I had so much fun at the Dallas Rock 'n' Roll Half Marathon and now I am looking forward to my next race! Once I learned to relax and just enjoy the experience, I was reminded why I loved to run half marathons in the first place.

Like any good relationship, I had to learn to change and grow with it. It's not you half marathon, it's me. The half marathon never changed, I did. When I got burned out pushing for new PRs I just had to find a new way to appreciate an old love. I see us being together for many years to come.

Big News: I just signed up for the Rock 'n' Roll Vegas half marathon in November! I am so excited! Anyone else running it? 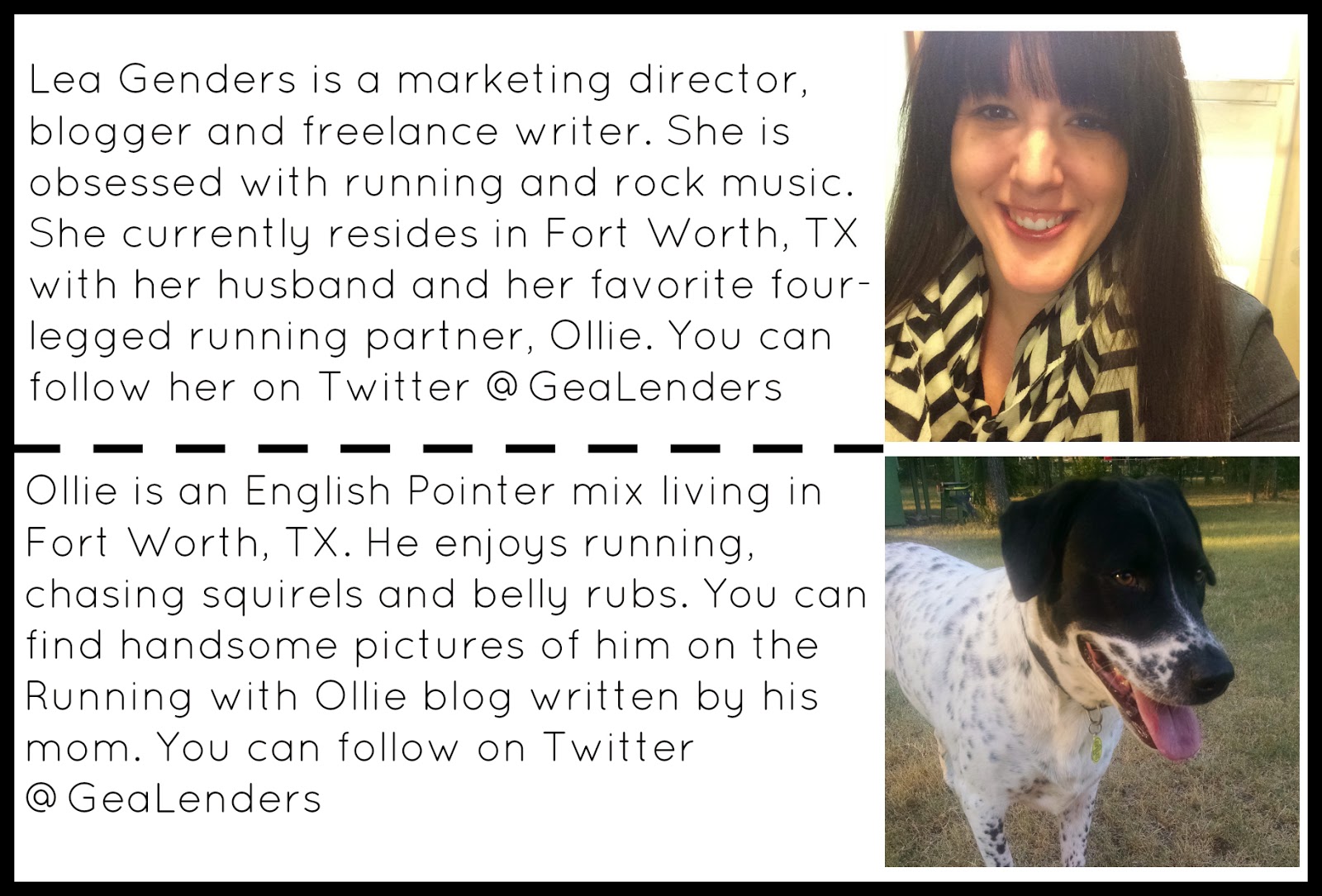