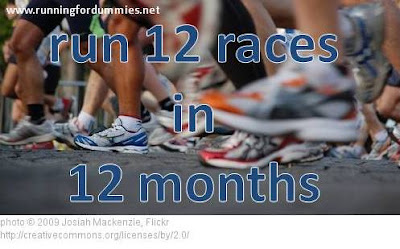 It was fun to recap my year of racing and very motivating to see how much my pace has improved over the last year!  It is no coincidence that I started to PR almost every race about 30 days after I began my weight training.   I plan to continue to run at least one race a month in 2012 (and beyond).  How are your races going?  What race is coming up next for you?